Portugal is the Most Welcoming Country in the World

For the first time ever, Portugal claims the top position as the world’s most welcoming country for expats.

According to InterNations, almost every expat living there (94%) says they are happy with the attitude of locals towards foreign residents.

Indeed, this general satisfaction is far above average across all top-10 destinations. 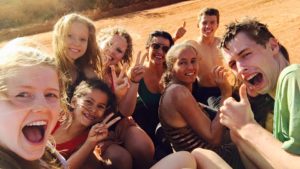 Most Welcoming Country in the World:

Climbing nine places since 2016, Portugal claims the title of the most welcoming country for expats.

“The local population is friendly and helpful,” states an Australian, while a Dutch expat values that “people look after each other” here.

79% of expats describe the Portuguese as welcoming, and about 29% state that locals make up most of their social circles - compared to 19% in the rest of the world.